– I’m in Indianapolis today, spending a portion of the day teaching DDPYoga level 1. If you’re reading this, stop by! 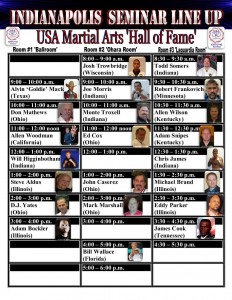 Bruce Lee prefers kung fu. At least, that’s what he said during this underground interview in 1964. Kung fu is like water, he says. “Water is the softest substance in the world,” he says, “but it can penetrate the hardest rock.” I think this video is great because Bruce says he’s 24 years old in this video. Despite his age (I’m 25) and the fact that this video was shot 54 years ago, many still hold Lee’s words in high regard. Thanks to Mr. Steve Aldus for passing that video along.

Do you crack your knuckles? I do. Several times a day, even. So what happens to our finger joints when we do it? Obviously, a sound. But the sound is created when a cavity forms between the joints, according to Mashable. Fortunately, this research suggests joint cracking isn’t damaging and could indeed be healthy for your joints.

These are the seven habits of highly persistent people, according to FastCompany. Persistence is a huge factor in success in fitness, martial arts, and almost every other aspect of life. I was on a flight from Boston to Chicago last fall heading home, and I happened to sit next to a fascinating man who was heading to a college reunion. I told him what I did for a living, and we talked for the entire flight about marketing, technology, and education before he opened up to me about his double hip surgery. As we parted at O’Hare, his parting words to me were, “Keep moving.” That’s persistence.

If you practice martial arts, you probably also practice forms. And you might be confused as to why there are pauses in them. After all, forms are about self-defense, right? So why would there be pauses? Jesse Enkamp explains:

[I]n a real fight, there is no need for pausing at all. … But that’s not what we’re talking about here. Because the performance of a kata is NOT a fight. [When the performance] is skillfully done, onlookers get goosebumps. Just like any art.

You’re only fighting one person at a time, say Kane and Wilder. This obviously rejects the idea that form movements are against two people. In a Shuri-ryu kata, the basic interpretation is that you’re pulling one guy’s wrist (and thus, body) behind you while you’re tripping another guy with the other leg. Ludicrous. I can’t imagine how anybody buys that today.

Peoria – On Wednesday, April 22, I’ll be introducing the concept of inbound marketing to students at Bradley University.