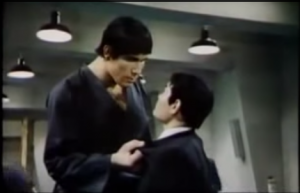 A year after being inducted into the USA Martial Arts Hall of Fame as Karate Black Belt of the Year, I’m headed back to teach a free DDPYoga seminar.

After doing the program for the past 20 months, I’ve decided to become a certified DDPYoga instructor. This seminar is a win for both of us – I get teaching experience, and you’ll get a kickass workout!

Diamond Dallas Page created this style of yoga to help heal injuries from high-impact sports. As he went along, he found how it could help others.

What can DDPYoga do for a martial artist? 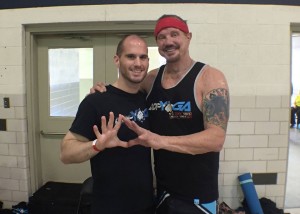 Flexibility has never been my strong suit. Most people are surprised when I tell them that despite the fact I’m a black belt, I can’t touch my toes. They’re taken aback when I tell them I only need to be able to kick to the groin at the highest.

But, I can’t tell you how good I feel when I do a DDPYoga workout that really focuses on the hips and knees. I feel loose and ready for a hard practice or competition.

What can I expect at the USA Martial Arts Hall of Fame?

As Dallas likes to say, I hope you’ll be “sweatin’ and swearin’.”

With DDPYoga, there are no weights involved. We won’t be running in circles around a gym. You’re gonna stay in one spot and you’re gonna sweat your butt off like never before.