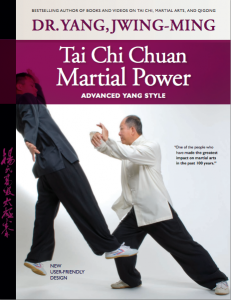 is exactly the type of book that Okinawan karate needs for its forms.

Over the past several years, I have been working with my karate instructor to develop extensions on the basic applications of each of the forms in my style. These extensions incorporate locks, holds, throws, chokes, sweeps and the like.

In Japanese terms, then, we are moving beyond the omote bunkai and into the ura bunkai and perhaps even the honto bunkai.

(Personally, I’m not huge on relying on a foreign language to describe martial arts techniques. I’ve read too many blogs and heard too many instructors say we as Westerners continue to fudge up the term when we translate it to English, hence we I’ll refer to “extensions” over “ura bunkai” and “honto bunkai.”)

All that is to say that the extensions in Okinawan Shuri-ryu karate, from my understanding, are not readily apparent.

This books gives clear options for a certain posture or set of movements.

For me, the most significant portion of this book is when Dr. Yang goes through the Yang-style tai chi chuan form. He shows the basic postures, then gives a few possible applications for each. Despite showing the pictures, often times the details are hidden in between frames.

Dr. Yang also explains and explains the eight basic moving patterns to give us possible chin na applications, and he also gives us some pushing hands exercises to try.

I have no doubt the applications would work. However, my only real complaint with the book is the attacker in the picture often looks like he would be in a position that doesn’t seem realistic for an aggressive person to be in. He’s got a deep stance and is generally square with the attacker. I’ve never been in a fight, but all accounts I’ve noticed point to them being messy affairs. In short, the pictures seem “too nice.”

I guess that’s why YMAA also has a companion DVD.

This book is a phenomenal resource for anybody practicing the Yang style of tai chi chuan.

(Disclaimer: I received a free review copy of this book.)

These exercises are so easy you don’t even have to get out of bed to do them. In fact, Dr. Yang designed these exercises for your bed!

In one section, he both explains the theory behind the exercises and demonstrates the move. Then, he does another section in which you follow along with him.

It’s perfect for the DVD player in your bedroom. Just pop this sucker in, and you’re good to go.

Dr. Yang also provides a great overview of general concepts – including qigong, the five regulatings, the network of qi vessels and meridians, and the theory behind 12-meridian qigong and yoga.

YMAA lists this at an intermediate skill level, but I believe Dr. Yang provides enough information here even for beginners. I certainly don’t pretend to have any expertise in qigong, and this DVD was helpful in explaining some concepts that have been otherwise fuzzy to me.

Full disclosure: I received a free review copy of this DVD.

I don’t know of a more prolific writer in Chinese martial arts right now than Dr. Yang, Jwing-Ming, at the YMAA Publication Center.

, delves into much more detail than some of his other books I’ve reviewed, including:

Even with all of this information, however, the bulk of the book includes pictures and a detailed guide on how to do tai chi ball qigong.

As if the book isn’t enough, Tai Chi Ball Qigong

runs over three hours and helps fill in the “in between” movements the pictures in the book can’t demonstrate.

If you’re looking at furthering your understanding of tai chi and qigong, check out this book.

(Full disclosure: I received a free copy of this book in order to review it.)